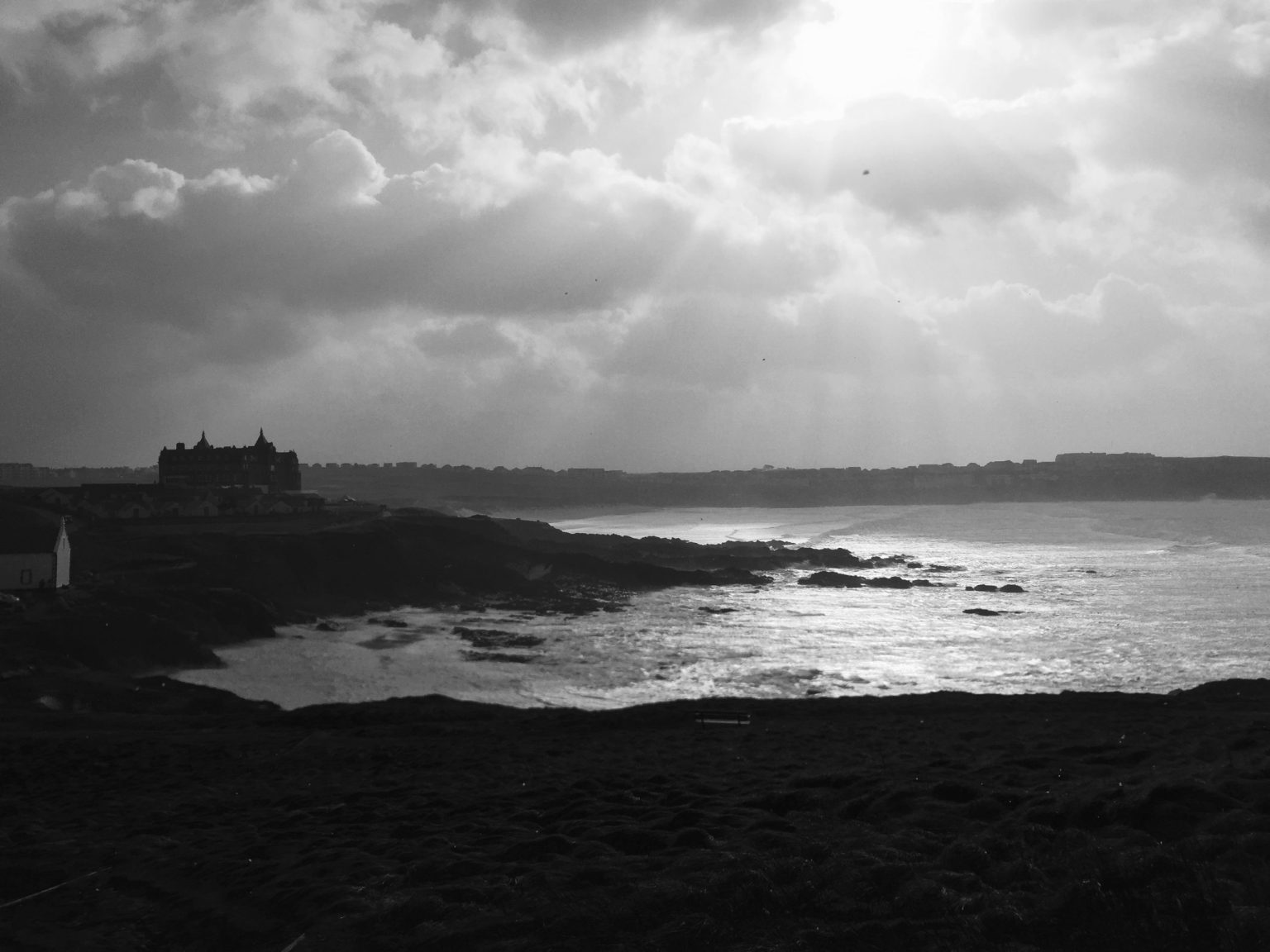 Poetry Persists: Walt Whitman, ‘On the Beach at Night Alone’.

The dawn breaks on a cracking Easter weekend, weather-wise, yet we’re all still hibernating.

Contrary to the unfurling summer, our worlds are tiny; our habits, small.

Pink sunrises, quickly sloughed-off mists and birdsong herald higher temperatures and warming seas – the latter of which we’re encouraged to only imagine as we heed advice to stay at home and protect the emergency services.

At the time of year when we’d usually be grasping hands and surfboards, re-connecting with old friends and old haunts along the coast – celebrating the new season – this new reality jars more than ever with our souls’ desires: kinship, connection and communing… with each other and with nature.

So, it’s easy to feel dissonance – a disconnect. Even as we celebrate new life over this bank holiday weekend, we are mourning, in various ways.

This week’s poem suggests hope and sings of the affinity, harmony and interconnection between all things, and all people. As the poet, Walt Whitman, calls it, the ‘vast similitude that interlocks all’.

In these strange times of isolation and separateness, a welcome remembrance. 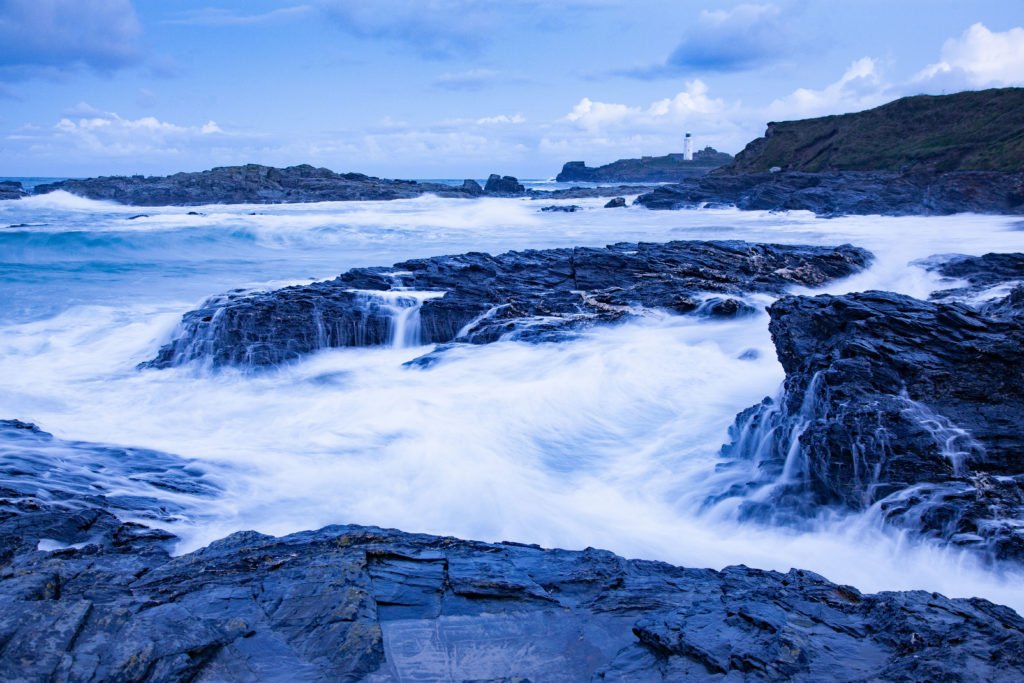 If universality is his theme, then title might seem something of a curve-ball: On the Beach at Night Alone.

We can picture that scene. Staring out beyond the breakers. Cold sand. Distant lights. Brine on the tongue.

But, this poem confounds the desolation of the adverb ‘alone’ from its second line.

Have a little read…

On the Beach at Night Alone

On the beach at night alone,
As the old mother sways her to and fro singing her husky song,
As I watch the bright stars shining, I think a thought of the clef of the universes and of the future.

A vast similitude interlocks all,
All spheres, grown, ungrown, small, large, suns, moons, planets,
All distances of place however wide,
All distances of time, all inanimate forms,
All souls, all living bodies though they be ever so different, or in different worlds,
All gaseous, watery, vegetable, mineral processes, the fishes, the brutes,
All nations, colors, barbarisms, civilizations, languages,
All identities that have existed or may exist on this globe, or any globe,
All lives and deaths, all of the past, present, future,
This vast similitude spans them, and always has spann’d,
And shall forever span them and compactly hold and enclose them.

The personified sea – a mother rocking the earth, calming ‘her’, holding her close – is an image of profound and unbreakable love and of succour. Her voice a lullaby, a balm.

The speaker’s tiny stature on this beach, contemplating the stars and the universe, to another poet might prompt musings on man’s insignificance. To Whitman, it’s the music of the spheres he hears – and the part we – and all things – play in its harmony.

The poem uses little further imagery, but employs classic Whitman cataloguing – lists – of ‘all’ the elements of the universe and the universal. For me, beyond the elements in this list, it’s the repetition of this determiner, ‘all’, which makes this poem. It’s inclusive, it’s welcoming, it’s a comfort.

His core statement about the ‘vast similitude’ between all things morphs in the penultimate line: a verb shift which changes everything again.

The former ‘interlocks’ has an almost mechanised connotation, whereas, ‘spans’ re-frames the sentiment. Somehow, as a hand-span, it’s a warmer, more expressive sense of embrace…that the bonds which bind us are more than physical, they are also emotional.

He employs the verb in various tenses to hammer home this sense of perpetuity of feeling and of connection, reminding us, finally, that our similarities – not our differences – define us, bind us, ‘hold and enclose’ us.

Rather than claustrophobia, these verbs again offer a sense of benevolence and compassion. Coupled with their beautiful assonant rhyme,  the elongated, almost echoing ‘o’ vowels return us to the poem’s beginning and the old mother’s ‘husky song’ soothing our cares.

So, Walt reminds us, even alone – we are not: even if the song is muted at times, or we forget the notes, we are part of the ‘clef of the universe’, we have a role in the symphony.

Dear old Walt published the collection Leaves of Grass in 1855 – and went on to spend the next 37 years adding to it, re-ordering it, altering it.

There is no one Leaves of Grass, but multitudes. He was still revising it when he died.

A reminder, perhaps, that when your work is your passion, your commitment to improvement and towards perfection never diminishes…

We’re looking forward to taking a leaf out of Whitman’s book, just as soon as we can.