Bad weather for a while now in Cornwall: a period of low pressure has smudged our skylines and dimmed our usually azure horizons.

Luckily, this week has seen the waves clean up a bit, but the rain and dirge has continued.

Obsessed as we are by the weather, we’re trying not to let this low pressure equate to a low mood.

We know the link between the natural world and our well-being (check out the fantastic Isabella Tree on this week’s Desert Island Discs for more on this), but lows – as well as highs – are just part of the natural swing of things.

And there is beauty to be found even when the sun is a little coy. 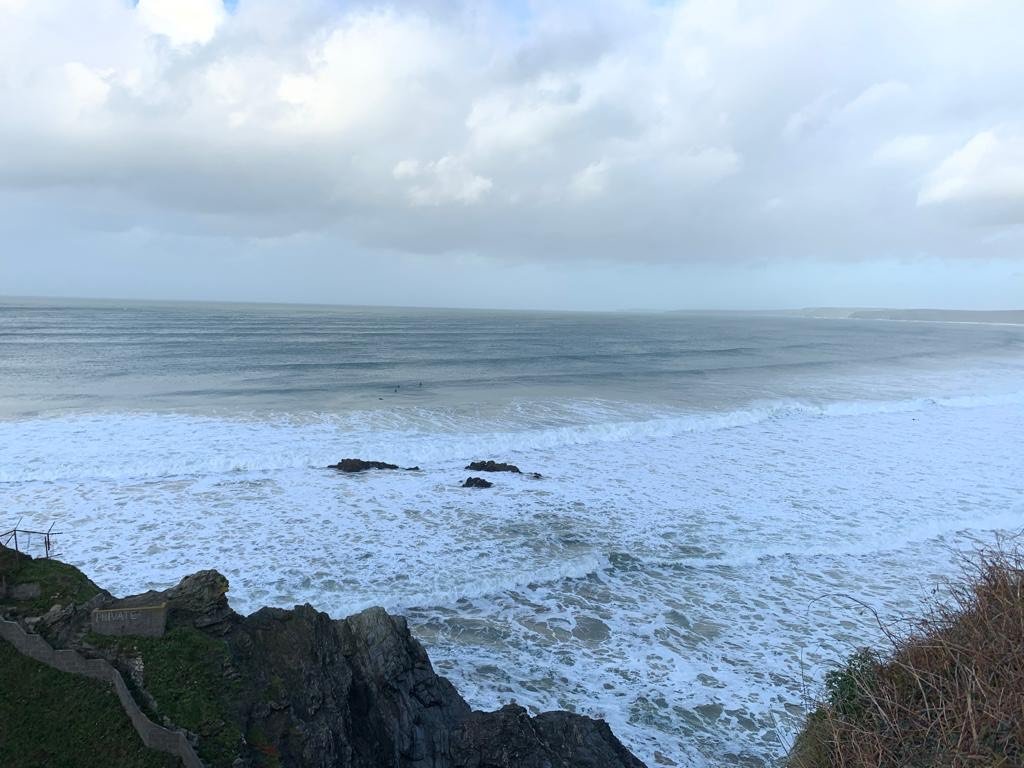 So, instead of becoming depressed by this depression, here at Babel Fish HQ we’re embracing the storm.

Mizzle is a fantastic dialect noun meaning ‘mist’ and ‘drizzle’. It’s an atmospheric phenomenon we encounter almost daily at the moment and you’ll hear locals using it a lot. It’s not Standard English – and you won’t see it in a dictionary – but if you use it in the South West, you’ll be understood.

We call the process of merging parts of two words to form a new one: portmanteau.

Some pretty groovy words are formed by this process – all of which help you sound like a native English speaker.

There are some great ones:

Can you figure out the portmanteaus created from these nouns? Pop your answer in the comments! Yes, you guessed it, this is your Babel Fish Language Mission.

Hosts gathered this week and we toasted a grand year – but, more importantly, a grand team. 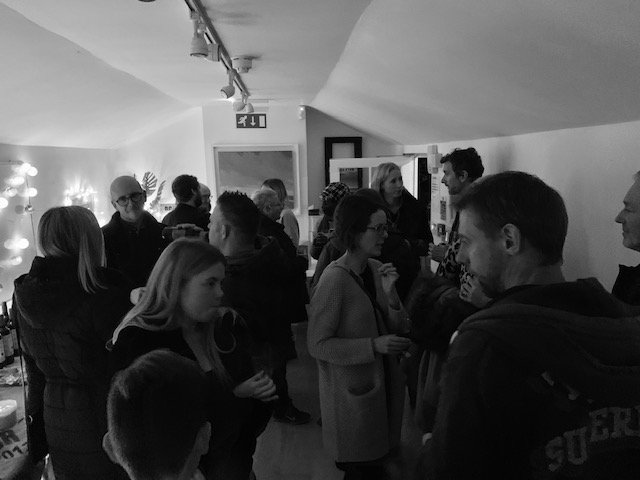 Do you want to be part of it? We’re recruiting new hosts for the new year.

Opening up your home to a stranger could seem like a daunting prospect – but, of course, these students are eager, grateful and excited to be on a learning adventure.

Our hosts love meeting new people from across the world and enjoy introducing their student to Newquay and to the Cornish way of life.  In short, it’s largely fun and a relatively low pressure way of being an ambassador for our region – and earning some extra money.

We can offer £150 a week and support with ensuring your documentation is in order.

Get in touch if you think you’d like to give it a try. 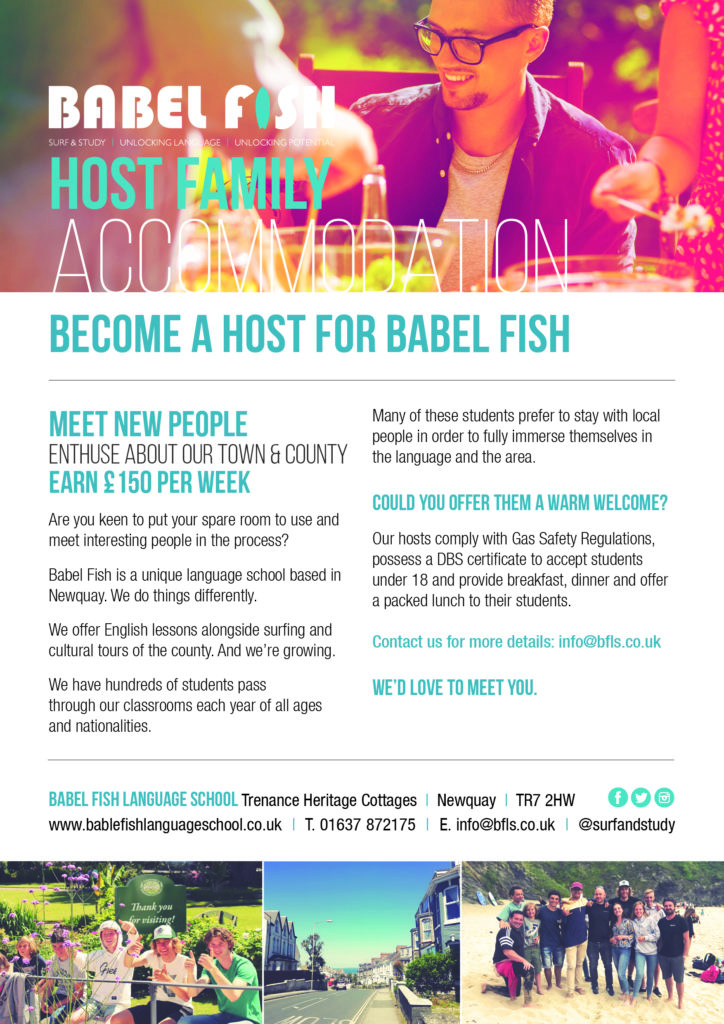